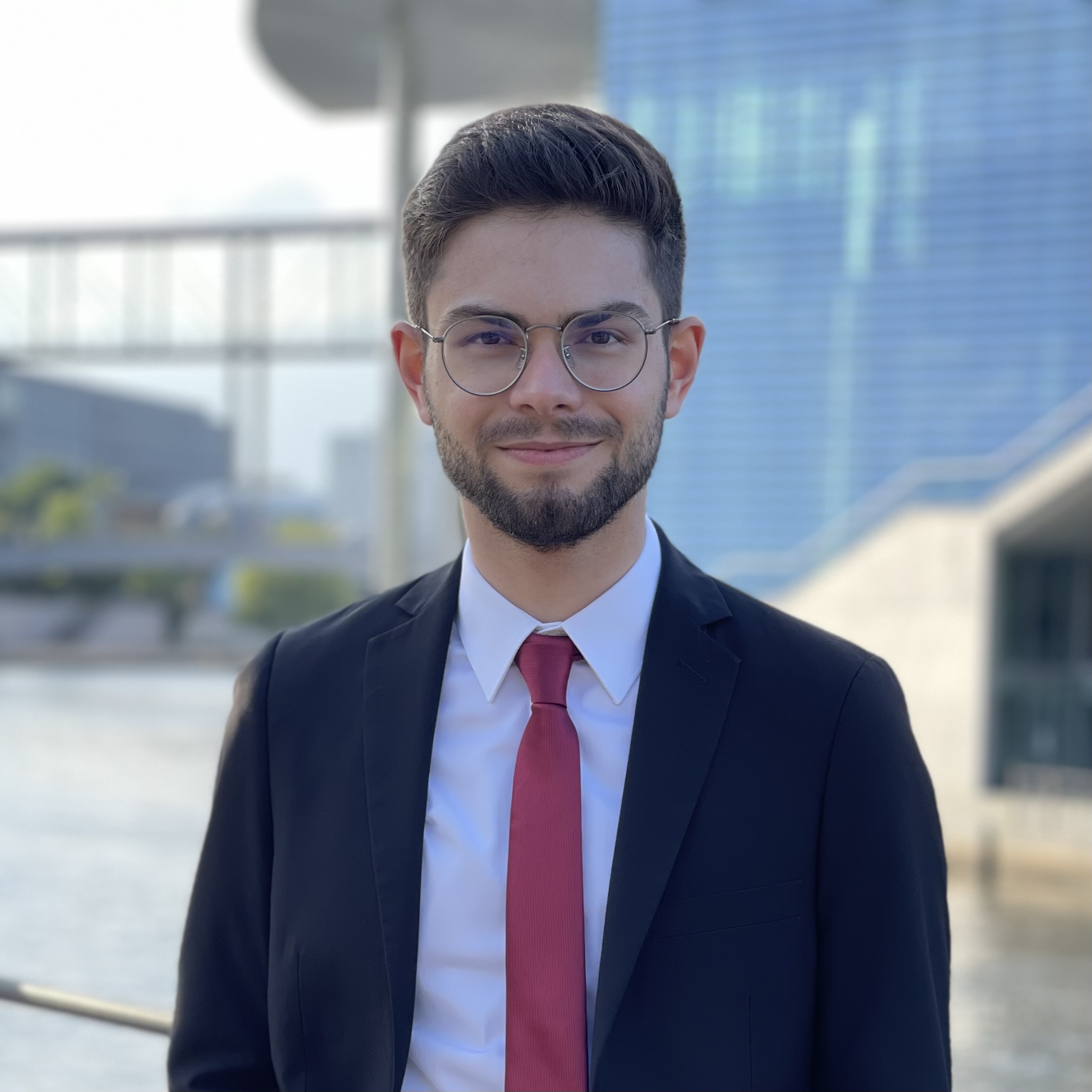 Gabriel Rinaldi is a reporter at POLITICO Europe, where he covers Germany from POLITICO's Berlin bureau. He was born in the Black Forest in 1997 and grew up between Swabian province and Italian Mediterranean. He studied Political Sciences and Sociology at the Humboldt University of Berlin and King's College London. Currently, he pursues a double degree in International Affairs and Economics at the Hertie School, Berlin, and Bocconi University, Milan, as a Heinrich-Böll-Foundation and Germany Integration Foundation scholar. Furthermore, he completed an executive course at the University of Chicago and a journalistic traineeship at the Catholic Journalism School ifp in Munich.

During his time at university, he gained leadership experience by co-leading UnAufgefordert, one of Germany's most influential student newspapers. Apart from that, Gabriel volunteers at various social and non-profit research projects such as The Future Society and Aelius Förderwerk to contribute his vast expertise in media and communications as an affiliate and mentor. He also was involved in research on digitalisation in public administration as a research assistant at the Hertie School.

Gabriel is interested in International Affairs and Public Policy. He concentrates on the effects of emerging technologies on politics and public administration, especially focusing on Cybersecurity, Artificial Intelligence, and the Metaverse. He is an Italian and German native speaker and fluent in English and French. During his free time, he passionately follows his favourite team, Genoa CFC. 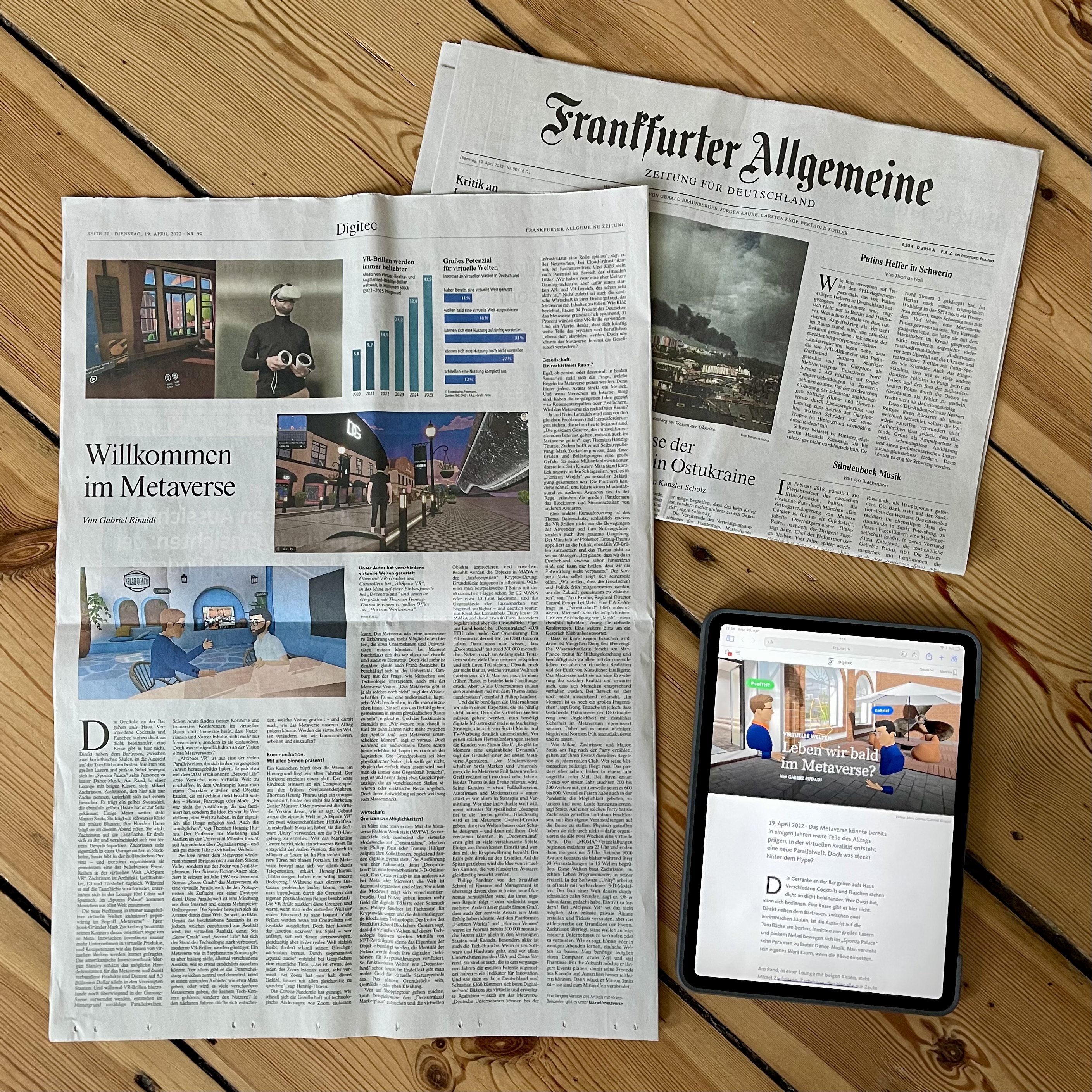 During his career, Gabriel Rinaldi collaborated with a number of media outlets and contributed with articles, op-eds, interviews, reportages, features, data-driven stories, and background research. So far, he has worked for:

For his journalistic work, Gabriel was named Top 30 under 30 in journalism by medium magazin, selected as a winner of the Nova 111 Student List Italy 2022, and awarded journalistic scholarships as Google News Initiative Fellow 2020 at the European Journalism Centre (EJC) and Trainee at the Catholic Journalism School ifp. Furthermore, he was shortlisted for the UMSICHT Science Award 2022 in the Category Journalism as well as the Georg von Holtzbrinck Prize for Science Journalism 2022 in the Category Young Talent and was given an Honorable Mention at the 2022 Covering Climate Now Journalism Awards in the Category Student Journalists. Most recently, he won the first place of the Media Award for Digital Enlightenment 2022 (Medienpreis für digitale Aufklärung) in the Category Written Word.

You can find a selection of his work here. 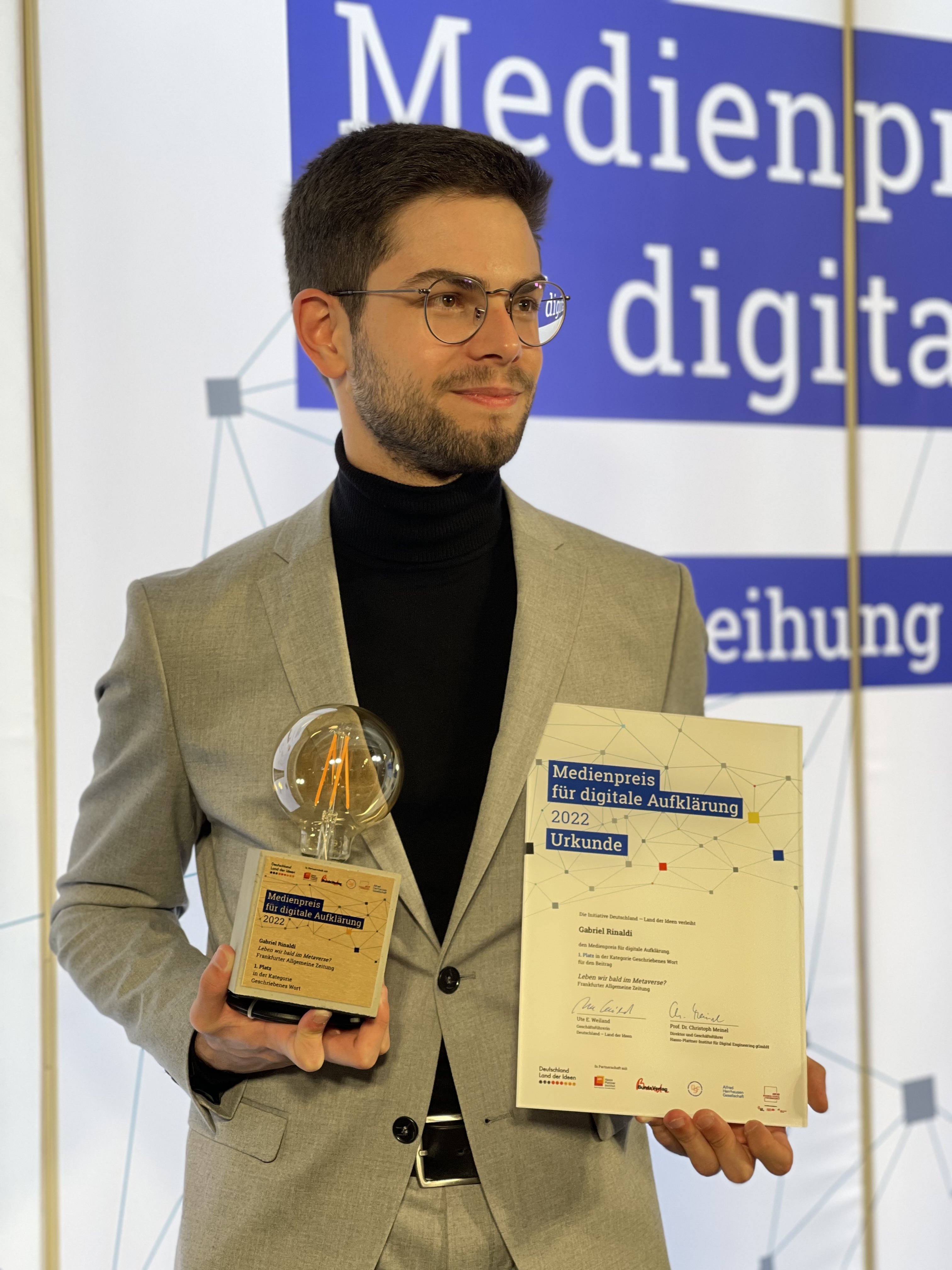 Gabriel Rinaldi regularly gives talks about his work as a journalist and teaches students and young media makers about the world of journalism. So far, he has held keynotes, workshops, and seminars on fake news, fact-checking and data journalism.

Gabriel also volunteers for social and non-profit research projects - for instance as a mentor - and occasionally comments on topics in his fields of expertise. He appeared in various podcasts to talk about the media industry and was a live guest on Sky TG24 in Italy to discuss the results of the 2021 German general elections.

You can get in touch with him via his social network channels or via email. 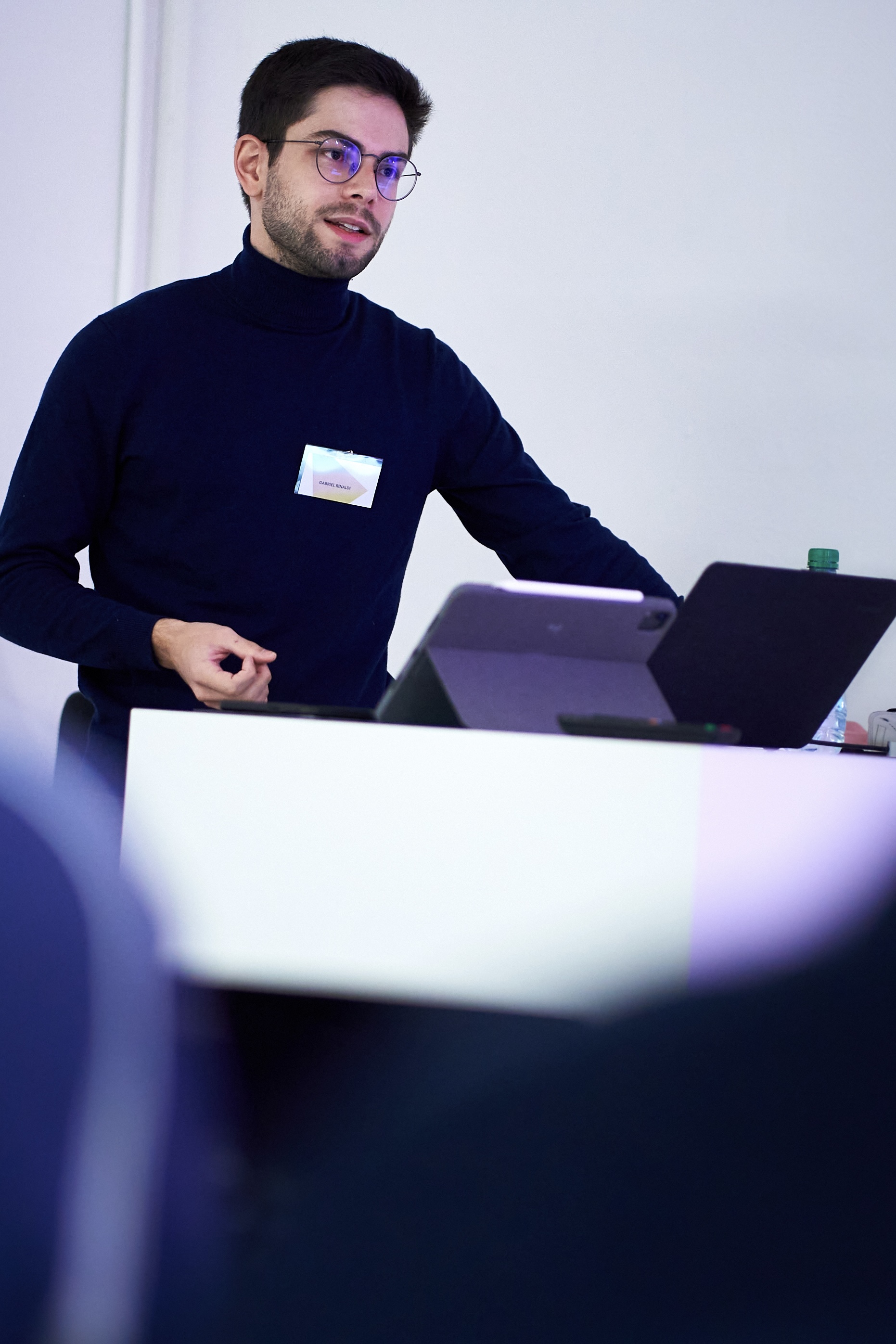